Secure your spot and get started today with our EXCLUSIVE offer!

By opting into the web form above you are providing consent for Chung's Martial Arts to send you periodic text messages. Standard rates may apply. You can reply HELP at anytime or learn more. You may opt-out anytime by replying STOP. 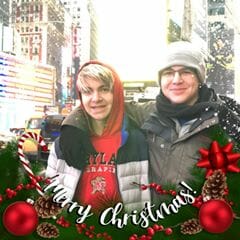 Chungs martial arts is the best place around. My boys are having the time of their lives learning Taekwondo. Their manners and attitudes have improved dramatically since joining Chungs. Master Chung, Master Matt and Instructor David are the best!! I would recommend to anyone looking for an activity for their children to visit Chungs. You kids will feel "on top of the world!" 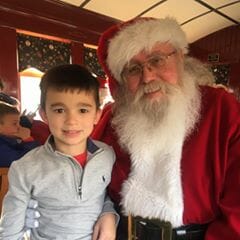 My son has been taking classes with Maser Chung for the last year. I have seen such growth in him, especially with his focus and attention. He just turned 6 so he still tends to be all over the place, but I have absolutely loved watching his progress! Seeing his respect and admiration for Master Chung has really made my heart happy! ❤️ Master Chung, Mr. Evan, and Mrs. Chung have been so kind and patient with him! So glad to have found such a great welcoming family environment that has truly helped our son thrive. Oh and by the way, summer camp has been beyond expectations! Logan has LOVED every second!! 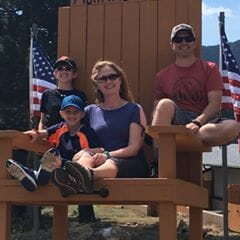 I have attended family class with my 2 sons for almost 2 years. The boys enjoyed little dragons and kids classes prior to me joining them.
My favorite things about Chung's...Excellent instruction, supportive learning environment for young kids through adults, flexible class schedule to balance Tae Kwon Do class with our busy schedules, and parent night out events with fun themes! 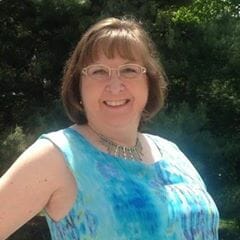 Master Chung and his team gave my son self confidence and new self esteem. He was being bullied at school and after reporting it afraid the the guys would come after him. He told me now that he has been going to taekwondo classes, he no longer is afraid and his grades improved! Thank you Master Chung! 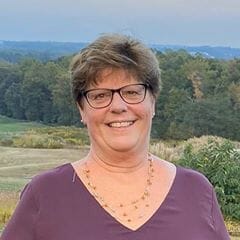 Master Chung is great with the kids! He has helped my grandson build so much confidence in himself! He is very patient and caring with his students. I would highly recommend Master Chungs Martial Arts!

Request information today to learn more about our programs!

Why martial arts instruction might be the solution to bullying 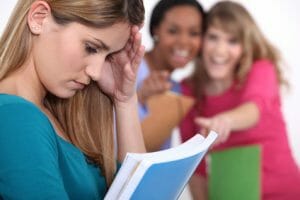 Hardly a day passes without there being a story about a child who was at the receiving end of bullying – and it can have terrible consequences.
When we look at the problem of bullying, it’s important to do it from both sides. Why are some kids the targets of bullies – and why do some kids feel that they need to bully others? This is a big topic, so I’m splitting it into two emails. Let’s start with the kids being bullied. How can martial arts help them?
There are a few things that can make a child the target of bullies. It’s not the child’s fault, but bullies have a way of picking out kids who are vulnerable for some reason. These vulnerabilities might include:
– A lack of self-confidence or feelings of unworthiness
– Non-conformity or something that makes a child different
– Lack of ability to defend themselves
These are all issues that studying the martial arts can address. Let’s take them one at a time.
Some kids are naturally self-confident, and others aren’t. A child who has a high level of self-confidence is unlikely to be targeted by bullies. Why? Because there’s nothing the bully can gain by going after them. Kids with a strong sense of their own worth will brush off attacks by bullies.
A child who lacks confidence, on the other hand, is easy to target. A bully knows that by picking on someone who doesn’t understand their own worth, they can feel superior. They’ll get a reaction.
Kids are creatures of habit, too. Every kid wonders if they’re “normal,” and sometimes, a kid who’s different is bullied because they make the bully feel self-conscious or uncertain. They bully to reassure themselves that they’re normal.
Finally, some kids are more aggressive than others. They might get their sense of self-worth from being physically dominant. It’s easy to dominate someone who can’t defend themselves, and so kids who aren’t physically strong or coordinated can sometimes be targeted, as well.
What does any of this have to do with martial arts? Well, kids who study martial arts:
– Learn to trust themselves – they know they can achieve their goals
– Understand that being different doesn’t mean that they shouldn’t be confident
– Gain control of their bodies and movements
– Learn how to leverage their body weight to defend themselves
In other words, studying the martial arts makes kids a less attractive target for bullies.